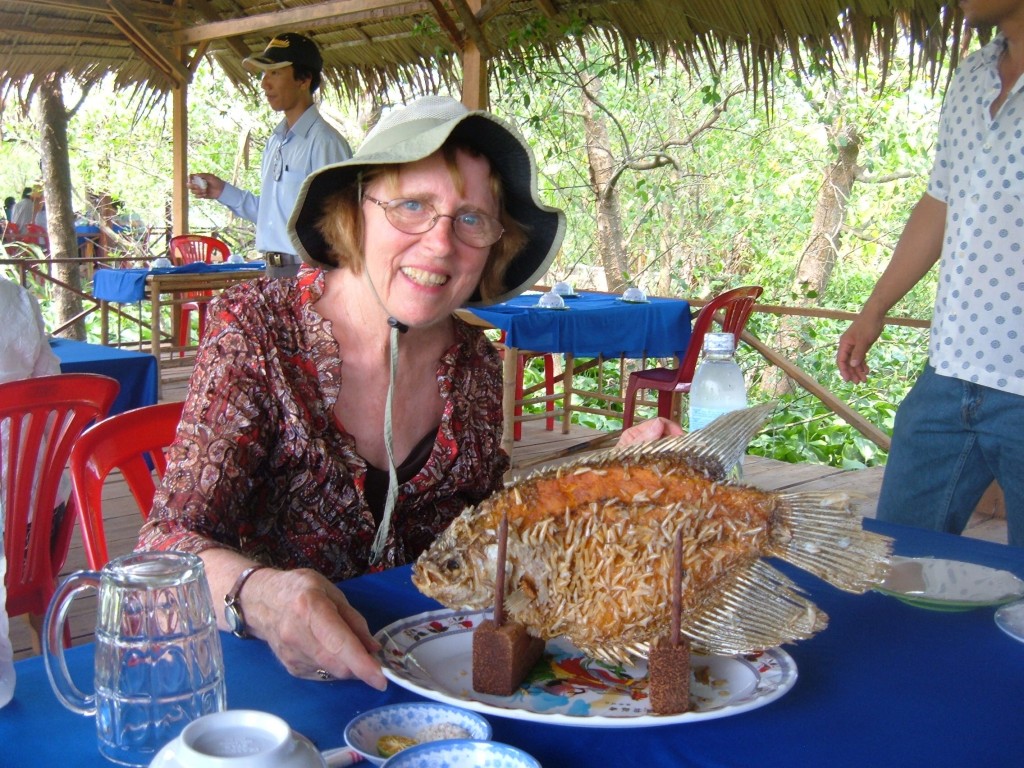 Pat Geyer retired from the Sacramento City Unified School District in 1996.  She taught English and History at Brannan Junior High and completed her teaching career at West Campus – Johnson High School where she taught Economics and World History. During her career, Pat was an officer and President of CCSS (1989-90); a member of the 1987 Framework Committee, Board Member of the History Project, and served on numerous test development committees for history and economics.

Since retirement, Pat has held numerous offices in the Sacramento Division of CalRTA (California Retired Teachers’ Association), traveled to as many places as possible, including Vietnam in 2010 (above), and spent time with children and grandchildren.

Pat’s book, California Council for the Social Studies:
The History and the People Who Made It, can be perused and purchased at Amazon.com. 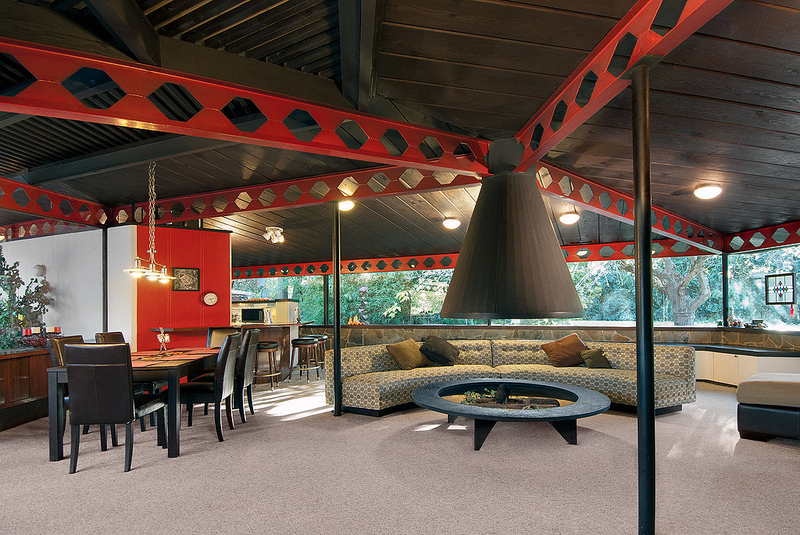 On May 26th, 2012, SacMod — the folks who sponsor the Sacramento Mid-Century Modern Home Tour — hosted a tour of Pat’s Arden Oaks home to benefit the Ray Eames exhibit at the California Museum.

The Roush Residence, as it was known, was designed by architect Terry Waters and completed in 1954.  Frank Lloyd Wright was among Waters’ mentors and his influence is prominent throughout the historic Sacramento home.  Red steel beams support walls of glass to bring the outdoors in to illuminate the modernist open floor plan.

CBS’s Good Day Sacramento featured a video tour of Pat’s home to promote the benefit. Click the link below to see the three and a half minute clip.